Stop, do not press play, read the directions on the slideshow that tell you what to do. 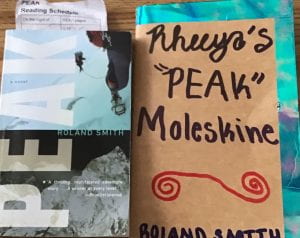 The book we are reading in book club is called Peak, it is about a boy named Peak. Peak loves climbing, and he could do it all the time. He even went to juvenile detention for climbing a building called the Woolworth building which is actually a building in New York City. Peak’s parents had never gotten married so his mom married a guy named Rolf which is Peak’s stepdad. When Peak was in juvenile detention his real “dad”came to take him to Tibet to climb Mt. Everest. Peak would have to stay in juvenile detention for three years if his dad didn’t come. Peak had many days of training After lots of training Peak has started his journey on Mt. Everest. Peak had so many practice runs just to go on this one mountain. They just made it all the way to camp number four, everything is going great so far. Let’s hope that they make it up Mt. Everest successfully and safely. 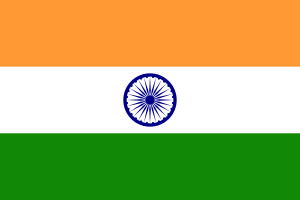 India is a country in South Asia, it has the second largest population in the world. Some languages spoke in India are Hindi, Gujarati, Tamil, and English. Majority of India’s people practice Hinduism, but some people practice Buddhism. India is always hot, as in it’s always in the 80’s or 90’s. Two holidays they celebrate in India are Diwali, and Holi.  I chose to write about India because my family is from there and I know a lot about it. India is an amazing and interesting place, and I would love to learn more about it. 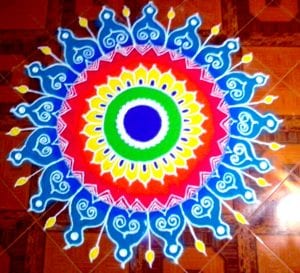 Diwali is the amazing and colorful festival full of lights. I celebrate the Indian holiday called Diwali. During Diwali you put out special lights called diyas, the diyas light up a path so the Hindu god Saraswati can see your house. Something you do during Diwali is Rangoli which is art with colored powder. A lot of people dance and sing to celebrate Diwali, and they have lots of sweets to give to god. Diwali is a fun and enjoyable holiday and I am always looking forward to it.

rangoli by Dinesh Korgaokar via wikimedia

1. End your comment with a question to keep the conversation going

2. Only use one exclamation point

5. Do not give away personal information

I am writing my blog in fifth grade book club. My blog posts so far have been about the books we are reading in class. The first book was called When the Sea Turned to Silver, the setting was in Asia. The book we are reading now is called, Heart of a Samurai the setting for this book starts off in Japan. The two of these books were both in Asia and we are learning about Asia in social studies. I hope you visit my blog and comment.

A king was given a peach to make him live long

The king was about to grab it when a villager took a bite of it.

The villager was actually a magistrate who was well loved.

The emporor told the magistrate that he would kill him.

The magistrate said that he was invincible but the emporor told him he  wasn’t.

The guards took the magistrate away and the king finished the peach thinking that the first bite would have been sweeter than the rest.

Once upon a time there was a new ruler that nobody liked.

There was a girl in the village that found a beautiful fish that everybody loved.

Everybody said that the fish brought joy to the heart.

Oneday the king visited and everyone was scared about the fish.

A villager told the king they had new visitors.

The king saw the fish and the girl told the king it was for him and the king said to the girl, “you have brought joy to my heart.”

There once lived a girl and a dragon, one day the dragon had to leave.

The dragon told the girl her future.

He said that on a certain day she will look the lion in the eyes until they turn red then she will have to grab the iron rod until the city destroys.

The day came when her granddaughter was born, she did what the dragon said.

She tried to warn people that they would die, but nobody believed her.

After everything was over she took her granddaughter to a safe place and raised her there.

Once upon a time there lived a widow that was  good at embroidery.

One day she bought a painting and her son told her to sew it.

The  son went  to search for the embroidery and ended up at sea.

The widow’s son fell in love with the Sea King’s daughter.

The Sea King’s daughter was sewing the same painting.

The daughter didn’t take all the credit and married the widow’s son.